Still demoralized from yesterday’s meeting. But I decided I need to not let emotions get the better of me. I need to power on as best I can. I have a space horror novel to write. Granted it might not be done by the end of november…

But rather than get hung up on details, I thought I’d just share a little worldbuilding

This is a space station/akin to an oceanic oil rig that is supported by 4 massively huge pillars along the square shape and a tower on the top side that serves as a beacon. In the center from the underside is a central elevator and a series of smaller mining pipelines that run along the pillars. It is essentially the homebase of our protagonist and where he first lands on the main planet and it’s where he first gets sent “”down” to the ground.

This planet is where they send old inefficient/rebellious workers to die. It’s a hostile planet with lots of unknowns but corporations want to test it for resource mining despite being unsuccessful for many years.

This is all I can share because I want the actual environments to be developed with a purpose and I may cut some from the story as better ideas present themselves.

Just when I think things are getting started. My boss comes back to me and says “your team is going too slow” and basically causes me to go into panic mode. Honestly I don’t know if there is gonna be a day 30. I just gotta buckle down till Dec 15th.

It’s exhausting but its whats gonna move the needle.

Busy work day so unfortunately not much was done today and a big hand-in on thursday. But I hope all is well for you and your writing takes flight. 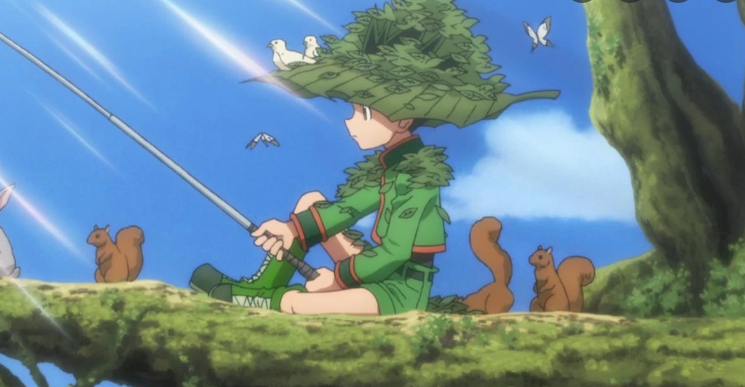 This is a series I’ve seen before but I stopped right before where apparently it begins to take a more mature turn and I’m kicking myself for that. It’s a great story with a wide variety of plots and characters and I think it deserves a deep analysis.

Breaking down Episode 1’s is always a favorite as you can learn a lot about the art of the set-up from them. I will be doing this summary from a technical perspective rather than give emphasis to the “feels” or typical reviewer style.

I recommend watching the episode before this (it’s all on Netflix) but it’s by no means mandatory.

Another busy coding day- prepare for another lackluster week on the writing front. But I’ll do what I can. End of the months are always the worst for me.

Spent most of the day debugging – not fun when you don’t know how to fix what went wrong. It’s literally 10:30PM here and I almost forgot about today’s post, but don’t you worry…

Honestly the only thing I thought about today is the health of ailing writers/artists. This is in reference to the author of Hunter x Hunter who apparently took a 4Y hiatus from working on his series because his health got so bad, he could no longer sit up.

But returned because he had a story to finish.

I think about other writers like Kafka and countless others who had their own health issues and yet – they all had a story to finish. No matter the pain of their real lives – their creative fire never died.

What a blessing that is. You may lose the world but your will to create sticks around.

Just some food for thought.

Ended two of my oldest friendships. It was long overdue. But mentally took most of the day’s energy.

But besides that – I think I have my initial cast figured out , gonna take it easy tonight. Maybe some film analysis lol.

I guess this week just keeps on giving as resident evil also had a presentation today. I intend to play the mainline remakes and try to learn a thing or two from the series to perhaps up my horror game.

I wonder if people would like “essays” on popular media…

Edit: I forgot to mention – I did do something. I charted the emotional journey the main character is going to go on. The internal struggle.

Finished a big chunk of my work. When I got to finally turn my brain off – I checked my feeds and noticed that Silent Hill had a big announcement day today. That was a franchise that was just before my time when the original games were coming out; but I can immediately tell from the remake trailers that this is a franchise I need to analyze.

From one trailer, the pacing, the themes, the plot, and so on. I can tell the original people behind this are masters of their crafts. Right up there with the dead space guys.

I can wait till the holiday season rolls around and I can actually dive in. It was a good day for the psychological horror genre…

It was a 12H workday so not much was done today by way of writing but I was thinking about how characters via their actions drop details about themselves.

The story I’m writing is a fairly quiet one by way of dialogue so far (unless I wanna switch to first person) so I’m trying to figure out good ways to drop hints.

He grabbed his dog tags firmly; eyes staring into the hallow abyss that lied beyond the platform. The engraved silver being the only reminder that remains of how hopeful once was.

I couldn’t take my eyes off of him. He hobbled along in the rain in a soaked trench coat, a hole-riddent recipient of many patchwork sewing repairs. It must be hard to get supplies out here then…

What you came with is what you got it. Dear god, why did I pack light?

I’m still working on it as you can see but as I learn better ways to capture behaviors and how to convey that from the narrative perspective, I’m taking I think then hopefully I can make the characters come alive in more ways than exposition.